The British Dyslexia Association installed two large outdoor screens to illustrate to passersby what it is like to read for someone with dyslexia. The message began: “Dear employers of the UK, It’s difficult to explain dyslexia to someone who doesn’t have it.” Through facial recognition technology, the screen detected when viewers had stopped to read, and the text became increasingly jumbled, simulating what is like to read with dyslexia.

Garnering support for nonprofit causes so often implies getting people to care about—and understand—a situation they are not personally experiencing. It can be a difficult task. With this brilliant campaign, the British Dyslexia Association was able to put viewers in the shoes of someone with dyslexia, which goes so much further than simply explaining what dyslexia is like. When people truly understand your cause, they are much more likely to support it.

2. Heads Up (Heads Together and the Football Association)

The campaign paired the at-times taboo topic of mental health with a widely popular national sport (they also received the support of Prince William, who makes an appearance in the video). By doing so, they de-stigmatized the issue and made it more approachable and relatable, for those suffering as well as for those who can be a support network. There are many issues that need to be talked about and accepted more publicly, and this campaign proved to be successful in doing just that. For another excellent example, check out The Endometriosis Foundation of America’s “I am 1 in 10” campaign.

3. Back to School (Pencils of Promise)

Pencils of Promise is a global initiative working to provide access to quality education. Their Back to School campaign aimed to raise enough funds for 1,600 students to attend school for a year. Pencils of Promise used their website and Instagram in creative ways to promote campaign and applaud donor participation. 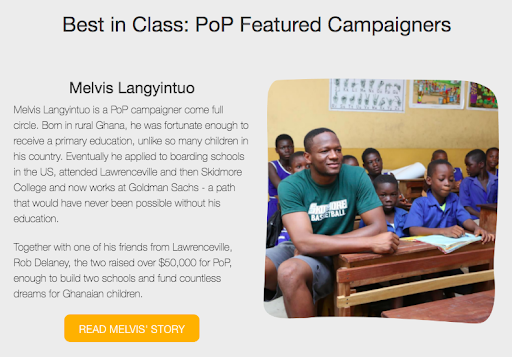 Celebrating donor participation goes a long way. The #backtoschool campaign thanks donors on Instagram and also lists supporters on their website. Not only is it nice for donors to feel appreciated, but they also like to see what their support is helping to achieve in tangible ways. Bringing donors into a central position in campaign publications is a great way to develop community engagement through encouraging reposts, tagging and expanding your network of supporters. (Click here to download a free template on nonprofit donor personas to help you organize such a campaign!)

PERIOD is an organization fighting to end period poverty and period stigma through service, education and advocacy. They made history by establishing the first ever National Period Day on October 19, 2019. The campaign was multi-faceted, with over 61 rallies in five countries, trending on Twitter, campaign videos, a national petition and even endorsements from presidential candidates. PERIOD also harnessed the element of shock in powerful campaign spots that brought menstruation front and center, like in their See Red video which doesn’t allow the viewer to ignore the issue.

What better way to raise awareness about your cause than to establish a whole day dedicated to it (and to top it off, adopting an in-your-face attitude)? This kind of campaign can generate great momentum and support, through activities and events focused on bringing people together on a specific day. If establishing a national day of support is not feasible for your nonprofit, think smaller, like a day of local community awareness, or using hashtags like the popular #GivingTuesday for philanthropy. There are also a lot of other creative ways to use video in your nonprofit campaigns.

5. The Future is Youth (Rise Together)

Rise Together is a nonprofit working to prevent addiction and promote positive mental health for youth.  #TheFutureIsYouth campaign brings together individuals from around the world to share their vision of what a better future can look like. It encourages user participation through storytelling and the use of the campaign hashtag to increase awareness and support.

User-generated content is a beautiful thing for many reasons. For one, it showcases your community and spotlights individuals—people with whom members of your network identify. It also shares authentic content about your cause through real storytelling, which can be more powerful than just sharing your mission statement. Giving members of your community a voice also helps broaden support and the reach of your network through user sharing and engagement.

Young Minds is a nonprofit working to support young people’s mental health. In 2019 they launched the #5YearOldSelfie campaign on social media, which encourages the power of positive self-talk as users post a picture from childhood and write three inspiring things they would tell their younger selves.

Young Minds published a simple video guide with steps for users to participate, including the important final step of tagging three friends to continue to share the love and spread positivity. The results of this campaign are moving (and cute!), and it is an excellent example of combining user-generated content with a catchy hashtag for an important cause. Our webinar with guest speaker Julia Campbell share more ideas for how to create solid social media strategies on a shoestring budget.

*2020 BONUS* Not A Gun (Courageous Conversation)

We’ll close with the just-released campaign from the Courageous Conversation Global Foundation, which works to promote racial justice, interracial understanding, and human healing. They launched the Not A Gun campaign to bring attention to the systemic problem of violence against people of color. The video highlights racial bias in policing, which too often ends in those killed being armed with “nothing more than a candy bar,” as the foundation says in the clip. The video concludes by asking viewers to sign a petition to help everyone get home safe.

What Is a Branding Guide and Why Would a Nonprofit Need One?

The corporate world often does a better job of developing their brand than nonprofits do, but every... 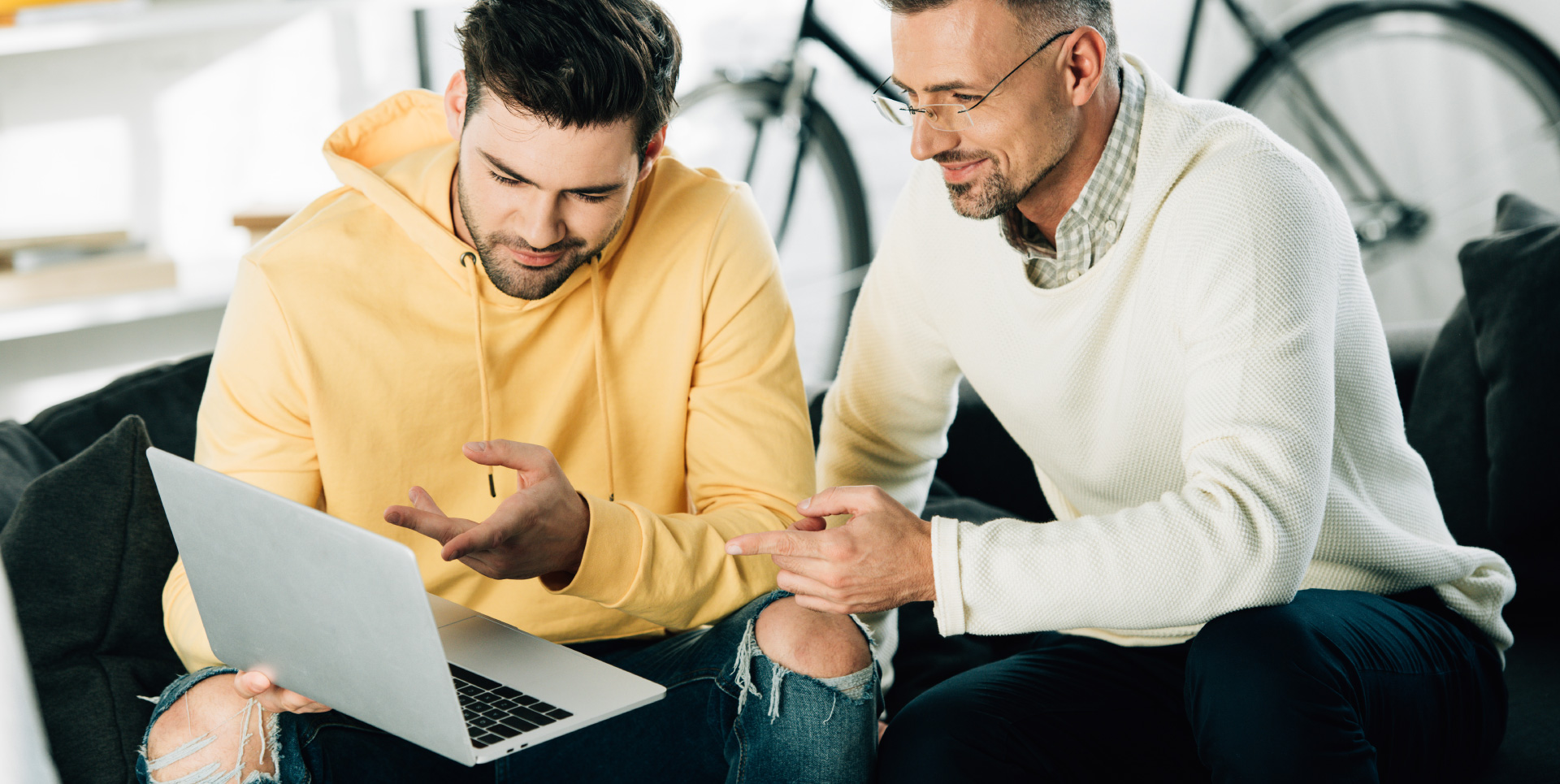 It’s no secret that websites are one of the main tools that nonprofits use to attract prospects,...