Bitcoin and other leading ‘cryptocurrencies’ have gained mainstream news attention with exponential spikes in trading value. Aside from investment benefits, there are specific advantages that Bitcoin can offer nonprofits.

The benefits of implementing Bitcoin donation portals and taking advantage of the flexibility found in cryptocurrencies can help your nonprofit make a bigger impact in the world.

Bitcoin in a nutshell

Every 10 minutes, new Bitcoin are generated in the system when all of the transactions are solidified onto a ‘block’ and put onto the blockchain. Every 210,000 blocks, the amount of Bitcoin generated is halved, thus making it deflationary. As the system is currently set up now, there will not be more than 21 million Bitcoin in existence when the final block reward is generated (at an estimated date sometime in the next century).

Independence from a central, governing authority and deflationary production are two of the main forces behind BTC’s recent spikes in market value. Individuals can digitally send and receive value regardless of physical location without bank involvement and without worrying about the validity of their transaction.

To get a better idea about Bitcoin and how it works, here is a technical explanation and here is a bite-sized video.

Since Bitcoin, other technologies have emerged that take the same idea of a distributed ledger, but with different approaches on production and transactions. These technologies, along with Bitcoin, are called cryptocurrencies. There are thousands in the market, and about 10 of them have a market value of over $1 billion USD with Etherium, Dash, Litecoin, Ripple, and Bitcoin Cash are leading the pack in popularity. Go here to stay up to date with the current market value of all leading cryptos.

How Bitcoin can benefit your Nonprofit

Why does any of this matter for a nonprofit when there are already efficient, easy to use donation processing platforms in the market? Here are some of the main benefits that bitcoin can offer to a nonprofit.

Bitcoin transfers are nearly instant. Domestic bank transfers take up to 48 hours to process, and international transfers can take as long as a week. Being that most nonprofits work with a tight budget, moving funds quicker can mean saving more lives.

Due to increases in transactions volume, a transaction now can take as long as 10 minutes, whereas they were almost instantaneous even just a year ago. The community is working hard to solve these scaling issues to make BTC’s transactions as quick as a VISA transaction.

Even without a solution to improve BTC’s scalability, a 10 minute confirmation time is still a vast improvement over current banking solutions.

Aside from the delay international fund transfers, there are large costs that come with the transfer. International transfer fees (also called remittances) add up to hundreds of billions per year. In the first half of 2017, the global average remittance price was 7.25% with some remittances reaching over 16%. An estimated $40 billion a year is spent on remittances in Africa.

Right now BTC has relatively high transfer costs with an average of $6 per transaction due to the burst in popularity and transfers burdening the network. This weakens the argument that cryptocurrencies can save capital for nonprofits through lower transaction fees.

New projects that work as a secondary layer that interfaces with the such as the Lightning Network bring hope to lower processing fees for anyone sending a transaction in their network. Non profits may be able to send BTC across borders at a very low price within the next year. Until then, it still is a more viable option for saving on remittance fees than traditional bank transfers.

A big concern many people have against donating to nonprofits is that the money does not always go towards helping people but towards for-profit solicitors, corrupt officials, and fund embezzlement.

In the U.S., up to two-thirds of donations go towards donation solicitors. For the worst of those organizations, of the $1.3 billion raised, $1 billion went to solicitors. The story isn’t much different for charities working in Africa, which have been known to embezzle funds and support local tyrants.

The blockchain is a public and transparent ledger of all transactions ever made in its protocol. To see where the BTC sent to an organization goes, just look up the transaction hash given with the donation and the receiving ‘wallet’ and all of its transactions are completely transparent.

While funds are kept in crypto, organizations will be able to prove their honesty easily by simply publicly posting their cryptocurrency wallet’s ID. Conversely, an individual donor can easily track their donations by following their transaction ID.

Bitgive is a nonprofit specifically dedicated to improving the transparency of donation funding. Their new program, Give Track, utilizes the blockchain by publicizing all donations on a public ledger.

Nonprofits can send money to individuals in remote areas without banks with cryptocurrencies. To send and receive BTC, a mobile phone or access to a computer is all that is needed.

Bitpesa is a payment platform primarily functioning in Africa that utilizes the bitcoin blockchain to transfer funds between organizations and individuals. It offers a more economic solution for companies to pay their employees through a quicker, more cost-effective network that uses bitcoin to transfer funds instead of dollars. For individual users, it allows them to save money in their national currency without a bank account and the power to send and receive payments in rural areas where digital payments would not otherwise be possible.

This has become a revolutionary source of change for the individual lives of Africans working as freelancers and for companies seeking to save on international payment processing. Another example of bitcoins impact in impoverished regions is the recent use of Ethereum by the United Nations to refugees from Syria.

On May 31st, the U.N. sent food vouchers on the Ethereum blockchain to over 10,000 Syrian refugees in Jordan. The vouchers could be redeemed at participating locations and could only be used to redeem food items. The project is still finalizing, but the U.N. plans on extending this beyond Jordanian borders in a 2nd round to over 100,000 refugees by late 2018.

These are just a few examples of the many innovations hitting the global market that utilize the power of a decentralized ledger. There are currently thousands of start-ups, nonprofits, and for-profit organizations that aim to change how money works. Jumping on the bandwagon has little to no risk involved and only takes a few simple steps.

How to Implement Bitcoin Donations in your Nonprofit

Coinbase, Bitpay, and several other leading companies offer merchant processing of BTC through a simple web portal. Quite similar to a paypal or credit card payment, someone can choose the equivalent value of dollars (or any other currency) in BTC and send it to the merchant. Donors quickly receive a confirmation of payment and the rest is processed just like any other transaction: email, receipt, etc.

Setting an account up with popular merchants like Coinbase, Coinify or Bitpay is free, and they claim to improve payment margins by around 3%. As an organization, you can choose to keep the payments in BTC or to directly receive them in their equivalent in USD. Bitpesa charges 3%, but they offer merchant solutions for international, cross-currency payments where standard remittance fees can reach over 10%.

Another option is to process Bitcoin donations directly on your website without having a 3rd party transfer those funds into a traditional currency. All you have to do is place your wallet address code to your donation page and direct users to send donations to your wallet. You can put your wallet’s QR code, like the onebelow and/or place the actual wallet ID hash.


With direct donations, you must specify which cryptocurrency pertains to each address. For example, the address above is for a Bitcoin wallet, so any payments sent to that address must be sent with Bitcoin. If you were to send Ethereum to that address, it would either not work or end up in someone else’s wallet. Getting your funds back from sending them to the wrong address can be impossible to get back or at least take hours of work to recover.

If you do decide to accept donations in BTC or other cryptocurrencies, be sure to let your users know! This image below is free-to-use, common and recognizable by most cryptocurrency users.

For advice on integrating this revolutionary technology with modern web design in the nonprofit industry and a general overview on optimizing donations on your website, check out one of our recent blog posts about how creative web designs can lead to higher donation rates.

Even though there are already options catered towards nonprofits for processing donations Paypal and Stripe, Bitcoin can process donations at a lower fee and transfer across borders at a lower price. Additionally, bitcoin can offer transparency in the direction of funds and be more efficiently dispersed in developing nations. 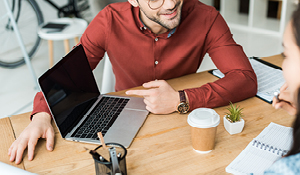 While many organizations pivoted to virtual fundraising in 2020, even some of the largest... 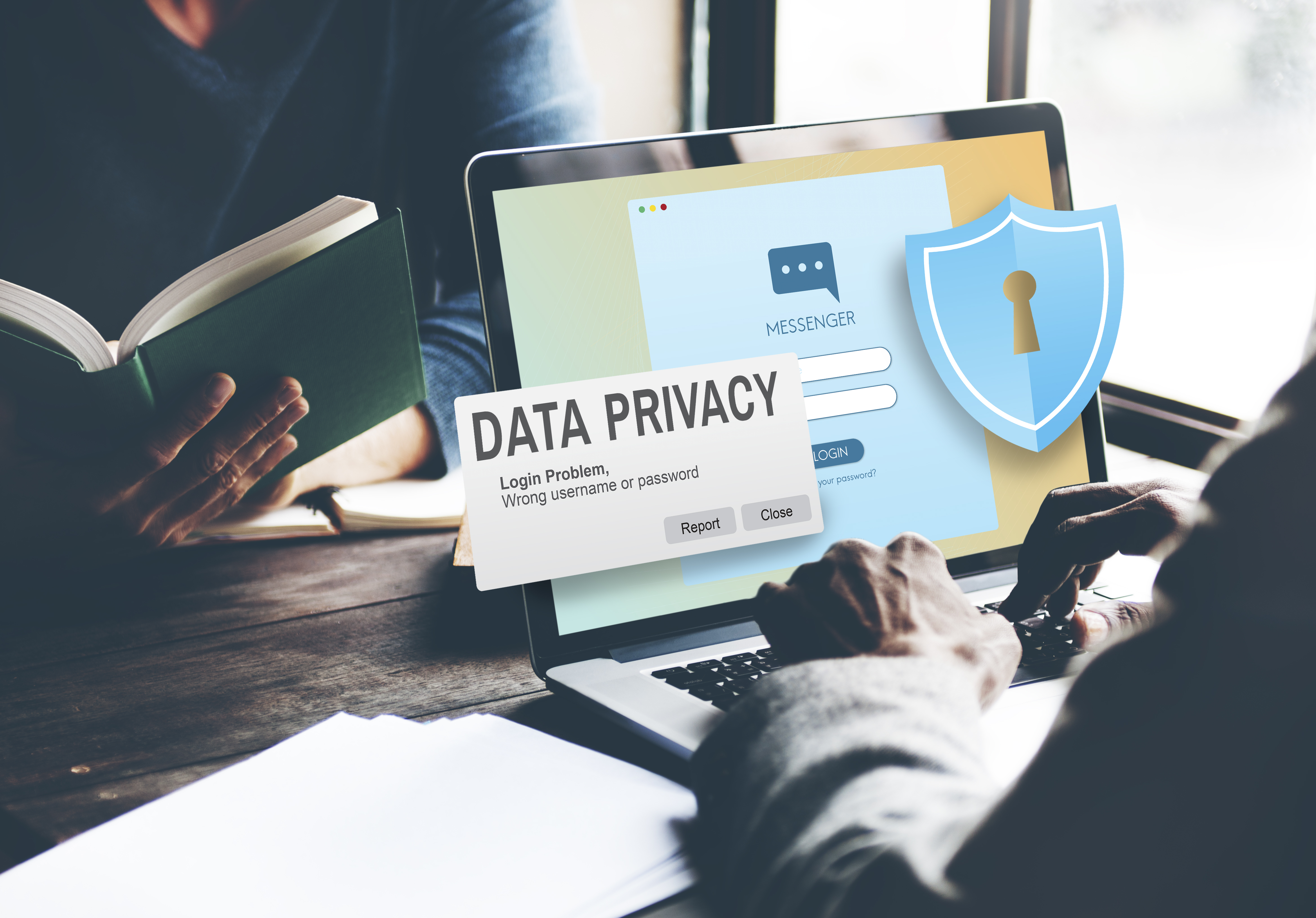 Your fundraising efforts are driven by the personal and financial data that your organization...